We are building a drone from the ground up, the Rawpter (aka Raising Awesome Copter). The goal is to learn every detail on quad copter tech and autonomous flight. So, we are building it from the ground up with the exception of motors and the ESCs. Everything else to get it in the air is uniquely our own built with our CNC, 3D printer, and Autodesk Fusion 360.

The Arduino Nano RP2040 Connect comes with a built in IMU. It's fast speed and ability to program it with the Arduino IDE, it makes for a great microcontroller to serve as a quadcopter flight controller.

What's special about this project is that at the time of writing this article, there are no search results via Google, Bing, or Yahoo that can find a published opensource code for the Arduino Nano RP2040 Connect for flight control. This makes this project the first published open-source version! 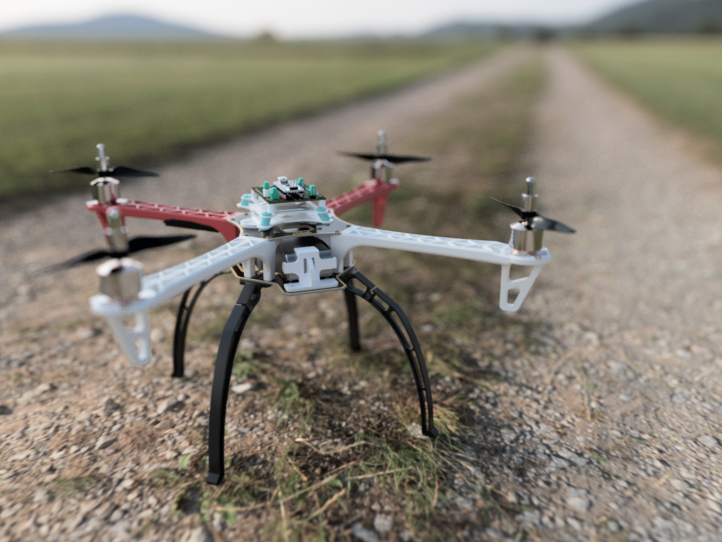 These are the components we are using for our drone:

This hardware works with the code out of the box. The drone frame is up to the builder.

The biggest design consideration for this board was the logic level. The RP2040 GPIO is designed for 3.3V and not 5V tolerant. However, the ESCs and the radio receiver communicate on 5V. So, any pin to the RP2040 that was receiving a signal required a voltage divider to protect the RP2040. 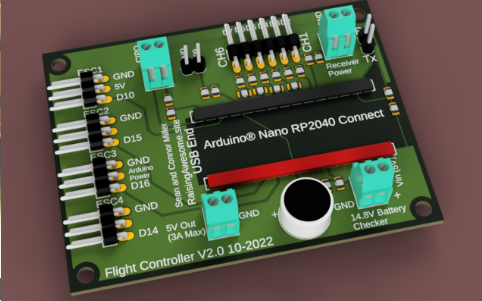 The second consideration was battery management. Many of the LiPo batteries available are long lasting with a ton of amps to deliver quickly but must not be allowed to go under their minimum cell voltage. We ballooned a LiPo once in the house. It's terrifying! 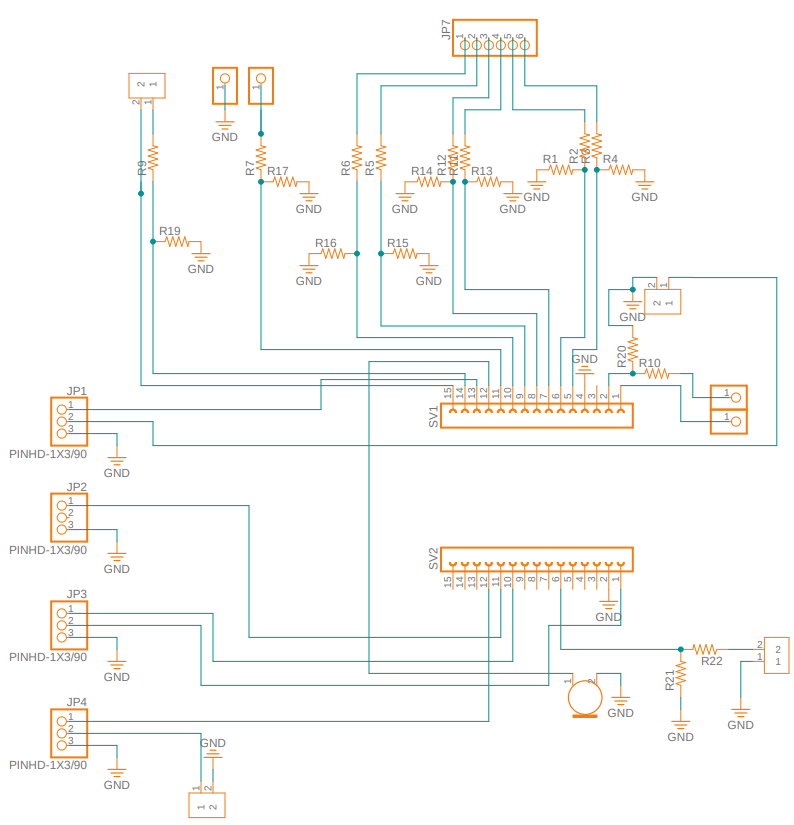 In turn, a means of letting the drone pilot know the battery is draining too low had to be designed. We achieved this by applying a voltage divider here as well. In our case, we had a 14.8V divided to just under 3Vs. The closer the battery approaches undervoltage (12.8V), the beeper will increase its beep rate until it is too annoying to want to continue use.

Otherwise, the rest of the design was just focused on providing reliable wire hookups between the drone receiver and motor electronic speed controllers (ESCs).

The flight controller code is based on the Arduino Madgwick Library.  Getting the accelerometer data to translate into angular data is no easy task.  We ate a lot of propellers in the first few trials, so we decided to invest time into a custom tool for tuning and studying the sensor data.  We developed it in Unity and added additional Arduino code to pipe out JSON packets of data.

Using this, we can see how the motors are being driven in response to the IMU data.  We can see its quickness of response and any issues with the IMU that occurs due to sudden changes in position.

The Maker revolution has been driven a lot by the availability of the IMU.  The key to a stable and responsive drone is all about the coded PID calculations.  However, those calculations have gain parameters that must be dialed in for your drone design.  Store bought drones are already dialed in.  There's no chance that a custom built drone won't need some degree of tuning.

So, we integrated a web server in our code.  This allows us to connect with the drone on startup and feed it constants to help dial in the tuning.  Below is a snapshot of one of the interface pages.  It uses Bootstrap responsive styling to give a modern and ever evolving look-and-feel. 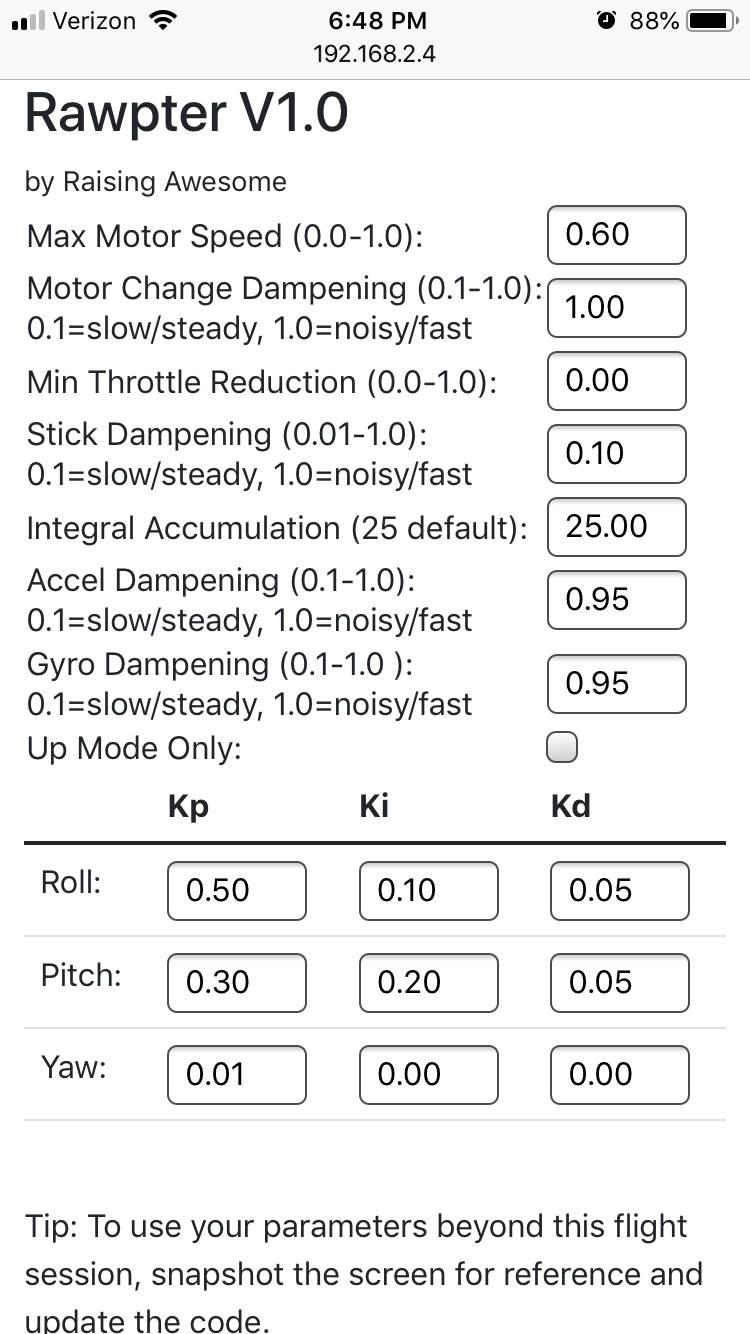 We've made a lot of mechatronic projects over the past decade, but the drone definitely requires the most finesse when it comes to sensors and actuation.  Here is what we learned so far: 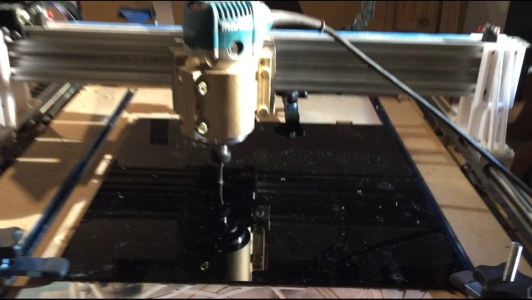 We'll keep updating this blog as time goes on.  Visit the History to quickly see any updates.

Have a question?
Thanks for asking! Come back soon to see the response.
Back to Home